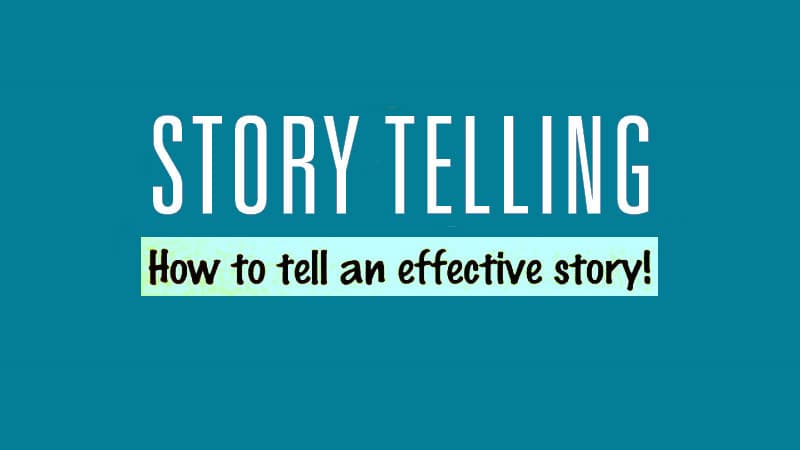 STORYTELLING .. Tell it in a story

The first appearance of the technique of Storytelling dates from the first steps of humanity and historically it is the first attempt to orally deliver a story. Basic forms of narration were myths, with the main goal of conveying important events, glorifying a hero, or highlighting models of human behavior. As long as we remember Greek Mythology (as well as other cultures), but also later the parables of Christ, the myths of Aesop, etc. aimed at transmitting knowledge and values, in a way that stimulated the interest of the listeners and activated them audio visually.

Not coincidentally, Storytelling has been defined as the interactive art of using words and actions to represent the elements and images of a story in a way that stimulates the listener’s imagination. (National Storytelling Network)

The results of the use of stories, through research in Psychology in recent years, have repeatedly shown that a person’s attitudes, values, expectations and fears are strongly influenced by a story. We humans are rational but at the same time intensely emotional beings, and in result quite often we are motivated by emotions and not by plain facts or events. Let’s think about when a presentation, a lecture or even a simple post caught our interest the most. When the speaker mentioned plain facts or when he presented it using a story ?! According to expert analysts, the most effective way is the second one and the use of stories is the most convincing and powerful communication method.

Basic principles of successful use of storytelling

But how can we successfully tell a story ?! Storytelling initially presupposes the existence of a narrator and a listener, characters and heroes. It comprises a plot with a beginning, middle, end and subversive content. Persuasion is ensured through the reader’s identification with the heroes, as he can sympathize with them and eiher embrace their choices or reject them. In particular, all the stories that are to be told should support each of the following principles, in order to be successful, to please the listener and to communicate effectively the message they want.

Audience: Every story should be addressed to the right audience. It is important to understand the target audience, their expectations, hopes, dreams, needs and fears before attempting to get your message across.

Basic Idea: Each story must be possessed by a common message that it wishes to convey. The idea on which the whole story will be built must be recognized from the beginning, so that all the pieces of the story are relevant and support this purpose.

Scenario: Each story must have a script that will be chosen appropriately to highlight the Basic Idea of ​​the story. It must be a mixture of rhythm, flow and targeting of the listeners with the appropriate dynamic phrases at the right time.

Characters / Heroes: Each script needs its protagonists. The main characters and their role in the story should be clearly highlighted.

Structure: Special emphasis must be given to the sequence of events in the story. People prefer stories that follow a logical sequence. Elements of anxiety should be placed early to keep the public interested, twists are best served at the climax, and the end should include a strong message to leave the story unforgettable.

Visualization: Telling a story must create images. A living vocabulary, body expressiveness, space movements, details and interaction with the audience help to create a living story. Use the basic principles of storytelling and create your own story.

If your story has interest, proper planning and possibilities for interaction with the audience, it can be a weapon of communication, conveying your message successfully and giving it special visibility. So let your imagination run wild … and tell it in a story!